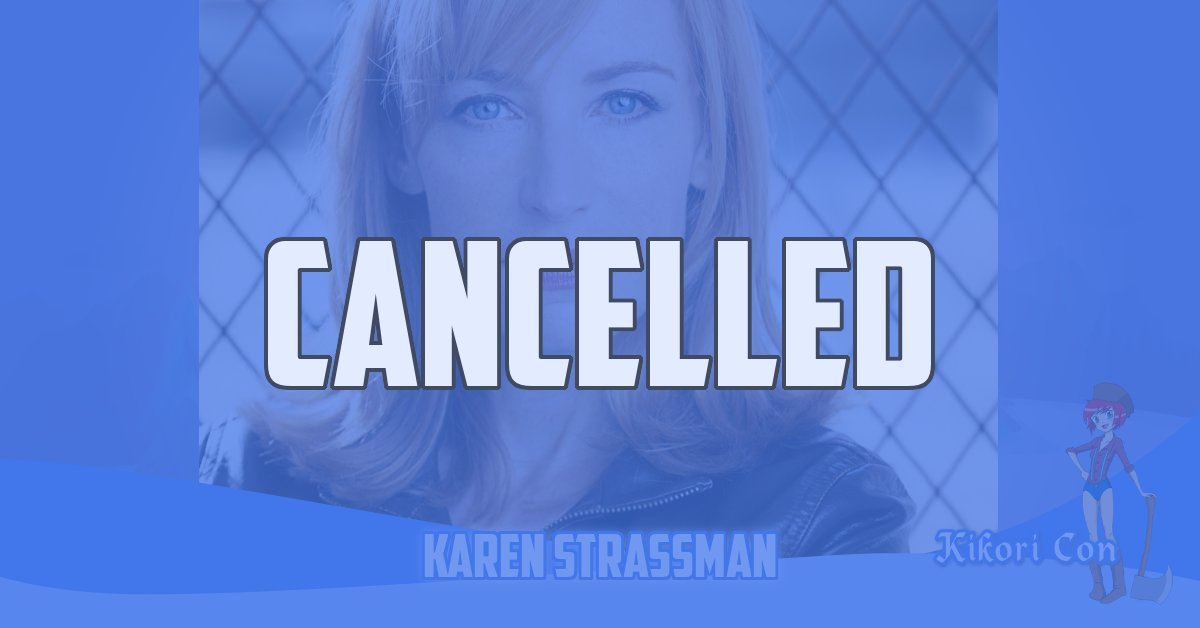 Unfortunately, Karen will have to cancel her appearance at Kikori Con 2020. She was just given a new role and will need to work the weekend of the convnetion. She did leave a video for us to share https://youtu.be/7FMxo9JmGuU

Karen Strassman is an actress, voice-over artist and dialect coach, known the world over for hundreds of characters she has created in many forms. Karen has created hundreds of voice-over characters of all shapes, sizes, genders, ages, and species, from classic Disney princesses, to iconic villainesses, to talking jellyfish and shy tadpoles. Her extensive range of characters spans the voiceover world of cartoons, animation and video games; from the disturbed doctor Annette Birkin in the new RESIDENT EVIL 2, the narrator in CELLS AT WORK, overburdened French military mechanic Maria Laurent in WOLFENSTEIN II, teenage rockstar Catty Noire on MONSTER HIGH, the beloved little girl Olivia on LEGO FRIENDS, sexy Rouge the Bat in SONIC THE HEDGEHOG, Chromie, the charismatic gnome that turns into a dragon from WORLD OF WARCRAFT and HEROES OF THE STORM, to the iconic Mileena & Kitana in MORTAL KOMBAT, Aigis and Nanako from the PERSONA games, Anna from THE FIRE EMBLEM/BRAVELY games... And then there are projects like the Nicktoons series, MONSUNO, voiced by an ensemble cast of five actors, where Karen not only played the teenage female lead, Jinja, but she also voiced every other female character in all three seasons of the show (last count there were 26 characters).

Whether on-camera or behind a mic, Karen is extremely versatile. Recently seen paired up with David Arquette in the new deliciously horror-able CREEPSHOW, recurring on BOSCH as D.D.A. Laura Tribe, as the devious German scientist on PREACHER, the unscrupulous & calculating lawyer on SILICON VALLEY, she is known for creating unique and powerful characters. She has played roles as varied as the brilliant and empathic scientist Devra Bogdanovich in INGRESS, a dying immigrant from Northern Ireland, doctors and lawyers, the quirky bookish OCD accountant on WEEDS, to a killer’s trailer trash mother on CRIMINAL MINDS. Karen will soon be seen as a lead in the long awaited release of Director Tom Six’s highly anticipated daring movie, THE ONANIA CLUB.