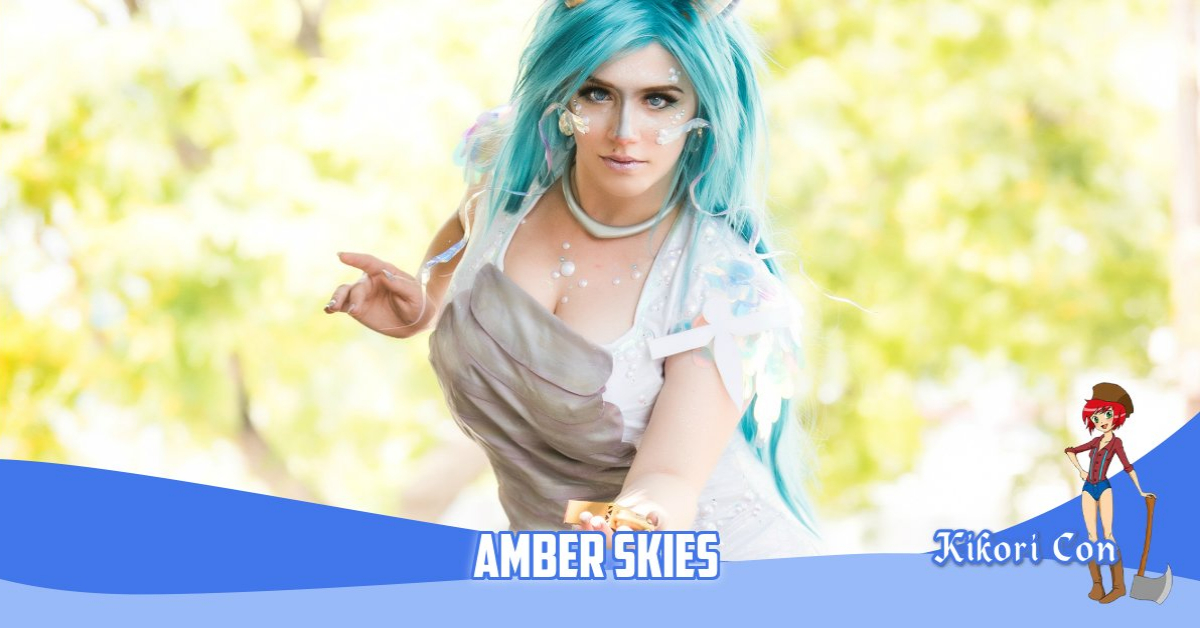 AmberSkies is no stranger to the world of creation and overall nerd-dom! She has been involved in the creative arts and enthralled in the world of anime since she was just 8 years old when Pokemon and Sailor Moon came blasting into her life. In the years since, she has harnessed the power of the fandoms she loves-- and has built up her nerdy empire and transcended to the professional cosplay stage!

Amber has taken on increasingly elaborate and complex costuming builds, proudly working hand in hand with amazing companies via material sponsorships with Plaid Crafts, and costuming work with the one and only Marvel Studios, Fox Entertainment, and the Walt Disney Company.

She uses her self taught arsenal of creative skills to transform herself oftentimes from scraps and recycled goods into fantastic heroes and beasts across all fandoms-- specializing in detailed prosthetic/makeup work, elaborate paint jobs, and Armor/Prop Building.

She has professionally competed with her cosplays and won First Place or Best in Show at Disney's D23 Expo, San Diego Comicon International, Phoenix Fan Fusion, Long Beach Comic Expo, and more. She now spends her con days mostly as a veteran cosplay craftsmanship judge, utilizing her teaching skills as a crafting panelist, and being MC for various creative endeavors at Fan Expos and Conventions. She also loves working her Artist Alley Booth as a vendor (AmberSkies Creations) showcasing her many gorgeous fan art prints and unique merch.

Amber continues to grow her online presence through taking to the streaming platform Twitch, and pursuing the route of gaming and live entertainment via bodypainting, FX makeup, and loads of fun with her online community at AmberSkiesTV. She loves crushing hugs, lives for building others up, and spreading cosplay positivity for all-- leaving a sprinkle of sunshine wherever she wanders!"